At one time or another, this has probably happened to you:  you get mentally stuck.  Unable to move on. Locked in a repetitive mental loop.

Ruminations, repetitive thoughts, “stuck” ideas, automatic thoughts: this experience is common to several different kinds of suffering. Your thoughts have you, instead of you having them. It feels as though you can’t stop thinking about something.  This is common to obsessive compulsive disorder, autism spectrum disorder, generalized anxiety disorder, depression (for many people), and to just plain old worrying.  Its probably involved in grudges also, failures to forgive and forget.

The type of thinking involved in these ruminations is not helpful or useful or productive.  It doesn’t get you anywhere.  It doesn’t assist you in generating new plans, ideas, behavior, or solutions. It doesn’t help you move forward in your life.  It amounts to spinning your mental wheels, like the mouse above. No learning is happening. Bob Dylan captured it nicely. He called it “Recycling the same old thoughts.”

When you spin your wheels, you just dig in deeper.

When you are stuck in your mind, it’s just like when you’re stuck in mud. The more you spin your wheels, the deeper stuck you get. But even worse. You are actually training your brain to get stuck more easily next time, you are making being stuck more automatic.

What we know about the brain plasticity is that repetition in the firing of neural circuits tends to strengthen those circuits.  So that the more you ruminate, obsess, or recycle,  the stronger the ruminating circuit gets.

A metaphor for how this works:  think about your brain as a wild field or forest. When you walk through it once, you do not have much of an impact. It will be hard to walk exactly the same route a second time. But the more you walk on the same path, the clearer it becomes. After a while, you do not even have to think about where you are walking. You just automatically stay on that path.

You get to decide what you think!

Here’s the good news: If you learn to notice these repetitive thoughts, accept that you and your mind are doing this repetition at the moment, and decide to shift your thoughts and attention away from the stuck thought and onto your experience in the present moment – what you are feeling, sensing, or experiencing, you are starting to build a new path.  Finally, you get to decide what you think. You have your thoughts, they don’t have you any longer.

It’s hard work, but you can do it. We can help.

This is the common thread in several approaches to treatment for troubles with repetitive thoughts in conditions such as obsessive compulsive disorder, ruminative depression, and generalized anxiety disorder. It’s part of the work in involved in cognitive behavioral therapy,  mindfulness based therapies, and variants such as the approach advocated by Jeffrey Schwartz in his great book The Mind and The Brain.  All these approaches amount to harnessing the power of mental discipline and practice or what Schwartz calls “the power of mental force” in order to reshape the brain and mind and regain freedom and control.

Let’s go back to the fields and woods. What happens when a well worn path is no longer followed? It grows over. New plants sprout and grow and pretty soon you cannot even see the old path.  So with enough repetitive practice with exercising your own mental activity or force, with deciding what you will think, the old ruminative, repetitive, stuck paths lose their automaticity and fade.

Another implication of neuroplasticity is that it is helpful to catch this development early, especially for children. Kids can learn that they get to decide what they think. Its hard. But with consistent support and assistance from their parents, they can do it, so that the path for automatic thinking never really develops.  We work with kids on this discipline and control all the time.

So you get to decide what you think. You get to have your thoughts instead of them having you.

The limits of medication 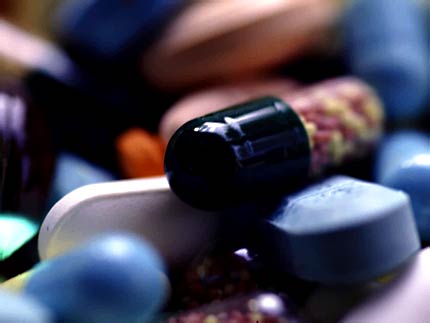 Although anti-depressant medication can be helpful, research suggests medication is only 18% better than placebo. Between 30% and 50% do not respond to medication. Anti-depressants often lose their effectiveness over time. Even when they are helpful, significant symptoms often remain and relapse rates are very high. Side effects are common. All told, more than half of depressed patients stop taking anti-depressant medication within in the first six months of treatment. Recent research is showing that patients who take anti-depressants are much more likely to suffer relapse than those who do not. Neurofeedback is an option to consider if you have experienced these limitations.