Thomas saw his father beat his mother, many times, badly. Even after his mother left his father, Thomas continued to show severe behavior and emotional problems. He was diagnosed with PTSD. Thomas could not be helped in counseling, even by a very experienced child trauma therapist. He threw severe tantrums and trashed her office at every visit. Finally his Mom gave up on therapy.

A while later, she learned about neurofeedback training for PTSD. She was encouraged by the same trauma therapist to see if it could help her son.  After ten weeks and 20 sessions of neurofeedback training  for PTSD, Thomas was doing much better.  We asked his teacher to complete symptom rating scales before and after 20 sessions of neurofeedback.  The results, shown in the graph below, revealed huge improvements.  His teacher now rated his behavior as normal, although he was still aggressive with his mother. (This ended also after she was treated with neurofeedback.)

Three years later, Thomas was still thriving. His mother wrote us:  “Speaking with Thomas’s teacher today, she was happy to tell me that Thomas is a fabulous kid and that he is at the top of the class, the smartest kid and an absolute pleasure to have in her classroom.” 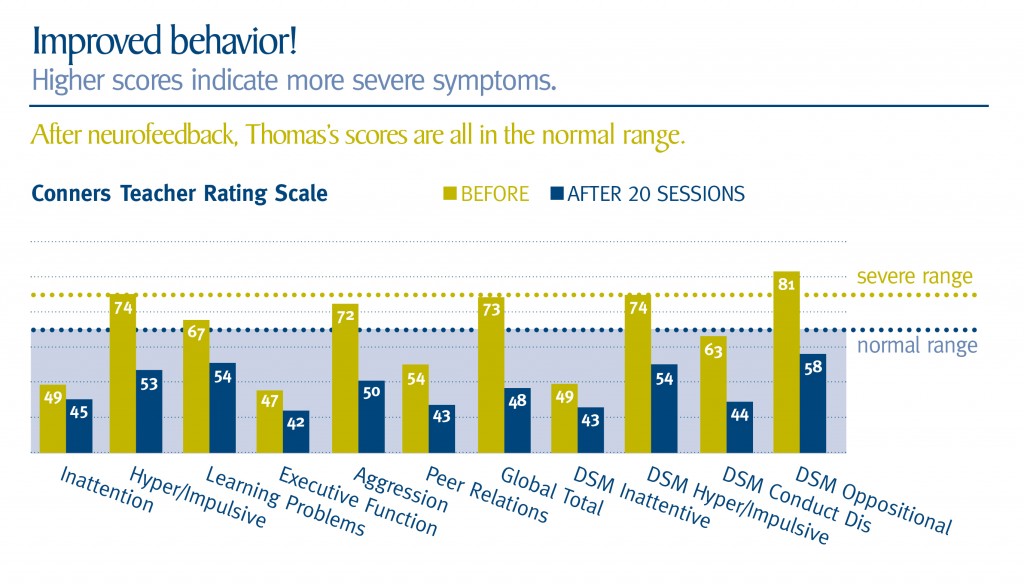 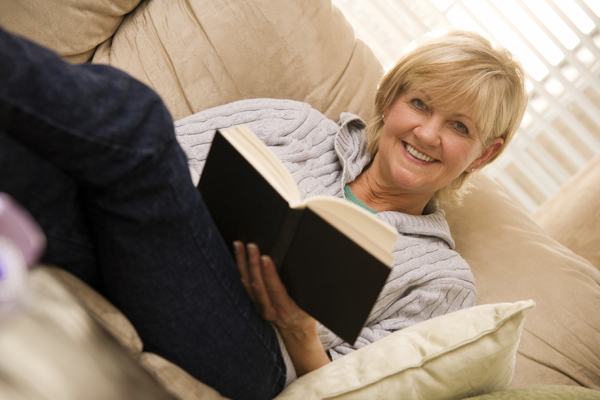 As a little girl, Janet had been severely bitten in the face by a dog.  She had PTSD symptoms her whole life. She had tried psychotherapy numerous times, but found little relief.  She had also tried virtually every medication, also with little relief.  Janet had an important job with many responsibilities, but her near-constant anxiety took an extreme toll.  She was depressed. She could not focus. Her attention was so poor that she simply could not sit down and read a book!

Tests we conducted before Janet started neurofeedback showed severe anxiety, moderate depression, and severe difficulties with attention. Twenty session of neurofeedback training for PTSD resulted in huge improvements for Janet. She reported only minimal depression and anxiety. Her attention was normal. Janet is doing well now. She loves reading. She enjoys her job. She enjoys her life. 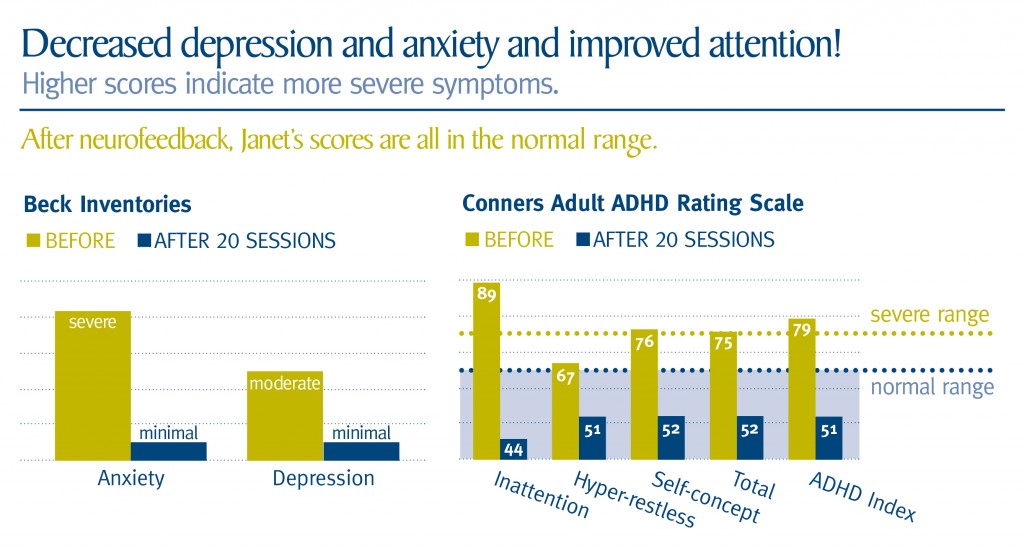