Meet Mary: Blocked by a lifetime of anxiety and depression

Mary was a fifty five year old woman with severe depression and obsessive compulsive disorder (OCD). She was treated for many years with medication and cognitive behavioral therapy. In fact, her treatment was overseen by one of the world’s leading experts in OCD. But years of this treatment regimen had yielded very little benefit. She came to us extremely discouraged, more or less hopeless, and largely unable to function. Mary decided to begin with neurofeedback as a treatment for depression and anxiety.

We used the Beck Depression Inventory (BDI), a worldwide standard, to measure her depression severity before and then after 20 neurofeedback sessions. Mary’s mood had improved markedly. Her scores on the BDI decreased from a severe level score of 38 to a score of just 1. Her OCD symptoms diminished also. Mary wanted to continue with neurofeedback and decided to participate in our home training program. It is now five years later. Mary trains at home a couple of times a month. This small amount of training maintains her with a positive mood and with very little anxiety. 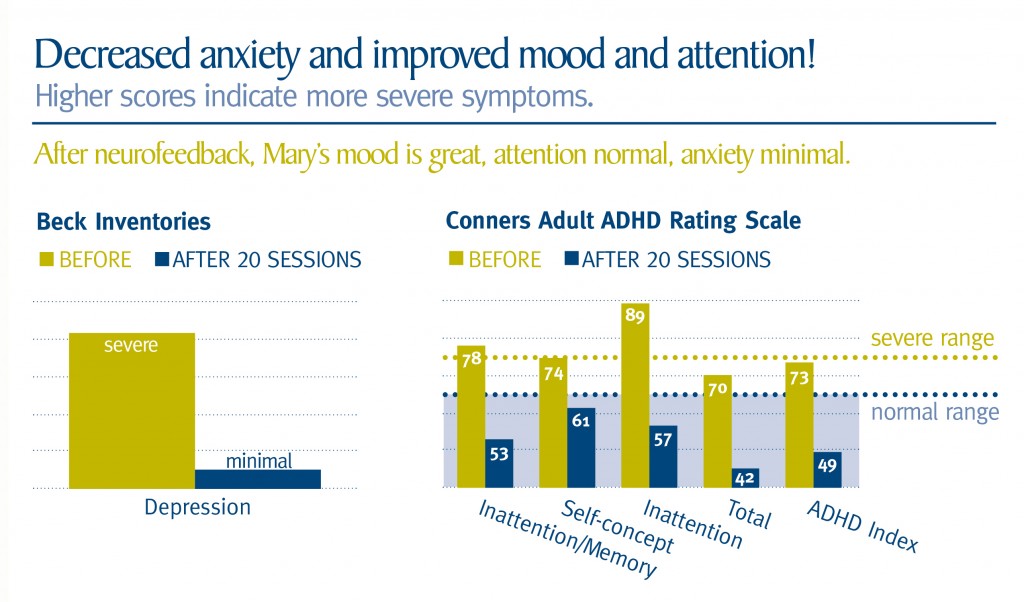 Meet John: Struggling with his mood and anxiety despite three medications 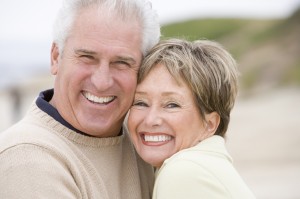 John had a longstanding history of problems with mood. Like most people with depression, John also suffered from anxiety. He had been in psychotherapy several times before and was taking three medications when he began neurofeedback. John met with us and decided to pursue neurofeedback as a treatment for depression. 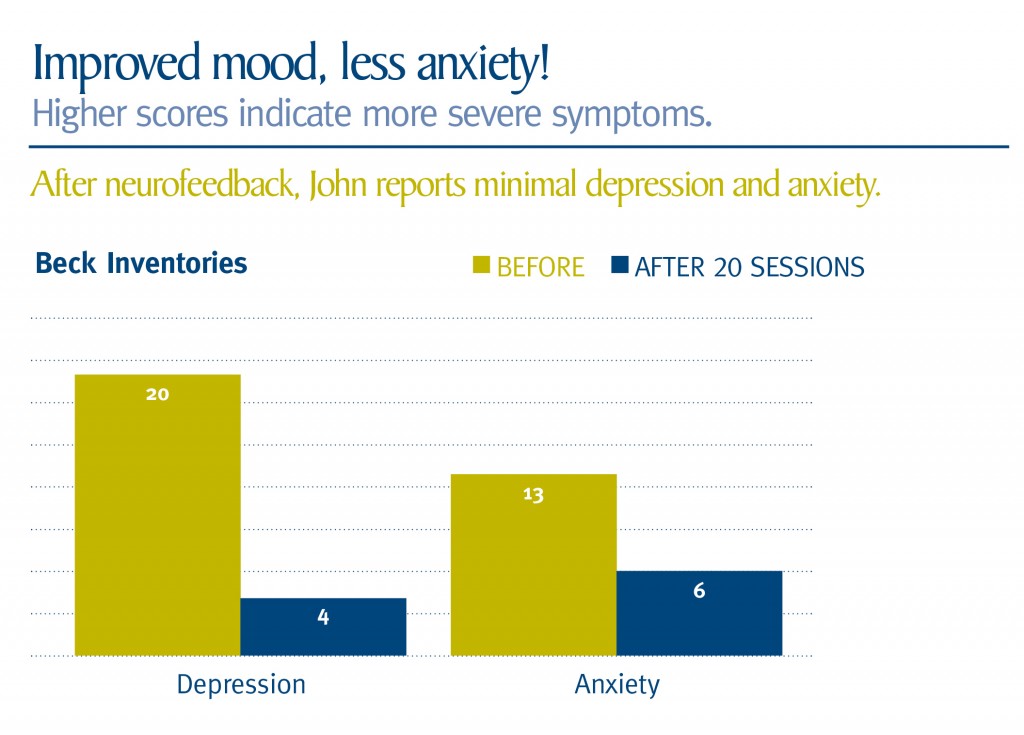