Our clients often tell us how amazing they find the neurofeedback process. Instantaneous guidance by brain activity? Changing brain activity based on rewards? Exciting new neuroscience research takes this several steps further. Imagine having your behavior guided by someone else’s brain!

Here is the study: two rats have tiny electrodes implanted in the part of their brain that governs motor responses. The rats are on two separate continents. In their cages are two levers, each with a light above. Both rats are trained using rewards to press one of two levers in their cage whenever the light above that lever is on.

Using electrodes implanted in their brains, one rat was able to pass information to another in a cage thousands of miles away…

The follower rat was able to press the correct lever significantly more often than would be expected by chance. Direct brain to brain communication and guidance. Rat telepathy.

This is another example of the ability to harness brain activity when information about that activity is paired with rewards or hints or guidance. So this is just what happens with neurofeedback. A specific brain behavior is rewarded when the target is met and this process of feedback leads to brain change.

Maybe our kids would behave better with parent-brain to child-brain guidance? How about spouses?  Better yet:  politicians. A new way to vote. 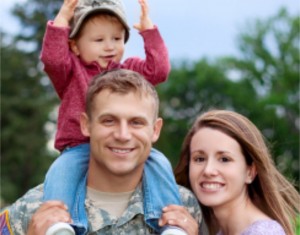 Are you among the many combat veterans who returned home suffering from Post Traumatic Stress Disorder (PTSD) or traumatic brain injury (TBI)? Have you tried conventional treatment but still experience symptoms?

Unfortunately, you are not alone. Standard treatment approaches for both disorders can be helpful. But many if not most people continue to suffer symptoms, even after the best treatment. We may be able to help. We are proud to offer free of charge our assessment for neurofeedback, a full qEEG, and 20 sessions of neurofeedback training.

Early research and our treatment outcome results indicate that neurofeedback is often very helpful with the symptoms of PTSD. Research also shows effectiveness for symptoms of traumatic brain injury.